What’s Going On in Mobile, Alabama 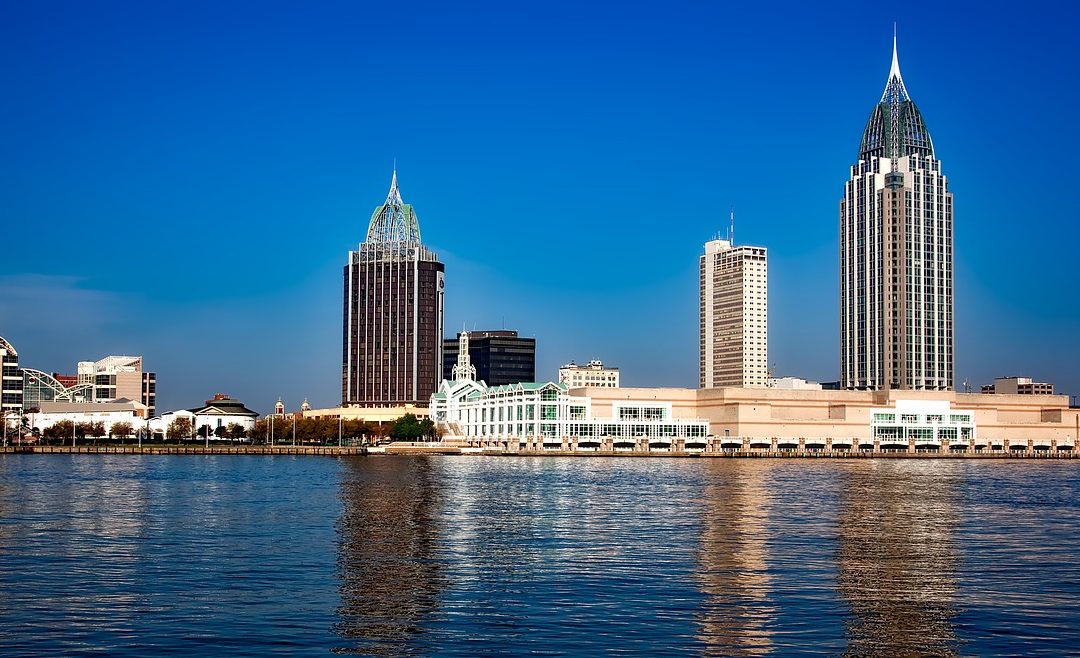 There’s always something happening in Mobile, and if you like to keep up with the local news, we’re here to give you a round-up of the latest stories. We have gathered together the most interesting local news for you to browse. From slave ships to heroic acts by locals, let’s see what’s been going on in and around Mobile.

After rescuing a 4-month old baby said to have been ‘trapped’ in a hot car for 12 hours, Mobile man Jermius Scott has been hailed a hero. Walking home at around 9am on Sunday morning, Scott saw the baby in a black car, and said it was ‘turning purple’. He saw the baby crying, hit the window and it broke, and took the baby out. A neighbour heard Scott calling for help and ran to the scene, and the emergency services were called out immediately. First responders ensured the baby was taken to the hospital, where it is expected to recover. The father allegedly forgot that the baby was in the back seat, having dropped his two other children off. Temperatures had hit 90-degrees on Monday morning in Mobile, so it is easy to understand how uncomfortable the baby had been, and how lucky that Mr Scott was walking past at that very moment. The authorities have been informed, and the incident is being investigated.

After a remarkable, year-long archaeological investigation, the wreck of the very last slave ship known to have brought slaves from Africa to America has been identified in the Mobile River, Alabama. The Clotilda, as she was known, operated in secret, many years after the banning of slave importation, and is known to have carried around 110 men, women and children from the African state of Benin to Alabama in 1860, and is the last ship known to have done so. Search Inc, a specialist archaeological research company, was called in by the Alabama Historical Commission to look closely at the wreck. A spokesman explains that the dimensions and materials used to build the ship match those of the Clotilda, and that ‘physical and forensic evidence’ points to the wreck being that of the Clotilda. In 1808, the USA had banned the importing of slaves, but the trade continued underground. The story goes that a wealthy landowner, also a shipbuilder, had made a bet with a colleague that he would be able to smuggle slaves into Alabama, without the authorities noticing, hence the final voyage of the Clotilda. The story has been verified by many of the slaves who were on the voyage, who lived well into the 20th century, and is regarded as one of the best-documented cases of a slave voyage, hence the great historical importance of the discovery. In an area of Mobile now known as Africatown, many descendants of those on the voyage still live, including Joycelyn Davis, who is a sixth-generation granddaughter of a slave carried on the ship. Like many, she welcomed the discovery and identification, saying: “I think about the people who came before us who laboured and fought and worked so hard. I’m sure people had given up on finding it. It’s a wow factor.” The find was reported in National Geographic, and has made the news world-wide.

Major local employer Kemira held a Ground Breaking ceremony on May 30th, to celebrate the start of the major expansion plans it had previously announced. The new manufacturing facility, which will increase levels of the production of polymer products used in the oil and gas industry, is further confirmation of Kemira’s place at the head of the market, and a welcome boost to employment in the area. The expansion continues in line with the company’s dedication to using the very latest technology and techniques, with an eye on safety as a priority. As Vice President of the Polymers Manufacturing division, Joe Alexander, explained: “We are totally committed to operate all sites in a manner where employees are engaged and help ensure the safety of our operations and extend that same commitment to our contractors, the environment and the communities in which we operate.” Pedro Materan, Senior VP of the Oil and Gas division, is also enthusiastic about the development: “Mobile was the first polymer plant that I visited when starting my career more than 20 years ago and has a special place in my heart. For Kemira, this is a key strategic investment for our growth in the Americas region and demonstrates our commitment to the oil and gas industry. We look forward to completing construction and beginning production here in Mobile. We are excited to take this time to celebrate as we continue to invest in our customers, in our future and in the future of the Mobile community.” Alabama Governor Kay Ivey also shared a video message with those in attendance, while the Mayor of Mobile, Sandy Stimpson, was among those who took part in the ceremony. The expansion will create 20 full time jobs, and is scheduled to be fully operational by early 2021.

SEND US A MESSAGE