A Brief History of Severe Hail Storms in Birmingham

Severe Storms in Past Months

In the last year, Birmingham has received more than 50 stark weather warnings and experienced 36 on the ground hail storms. Hailstorm weather is characterized by thunderstorm and gushy winds that destroy structures such as homes, bridges, and trees. The harsh weather elements also cause deaths.

These storms are severe because they record gusts of more than 58 mph. In August 2020, the Mulga area, located in West Birmingham, experienced a very severe thunderstorm. The region had winds moving at the speed of 60 mph and it recorded more than one inch of hail on the ground. The hailstorm destroyed roofs and plants. In the least, there are usually three rainstorms every month, in the Birmingham area.

Slightly outside our area, there was a record-breaking hail storm in the Cullman area back in 2018. A massive hail stone measuring 5.25 inches left a huge impact crater where it landed and a local resident was able to preserve it in a freezer, marking the largest hailstone found in our state to date. It just goes to show how dangerous severe weather can be in our region and highlights the need for us to all be prepared for it. 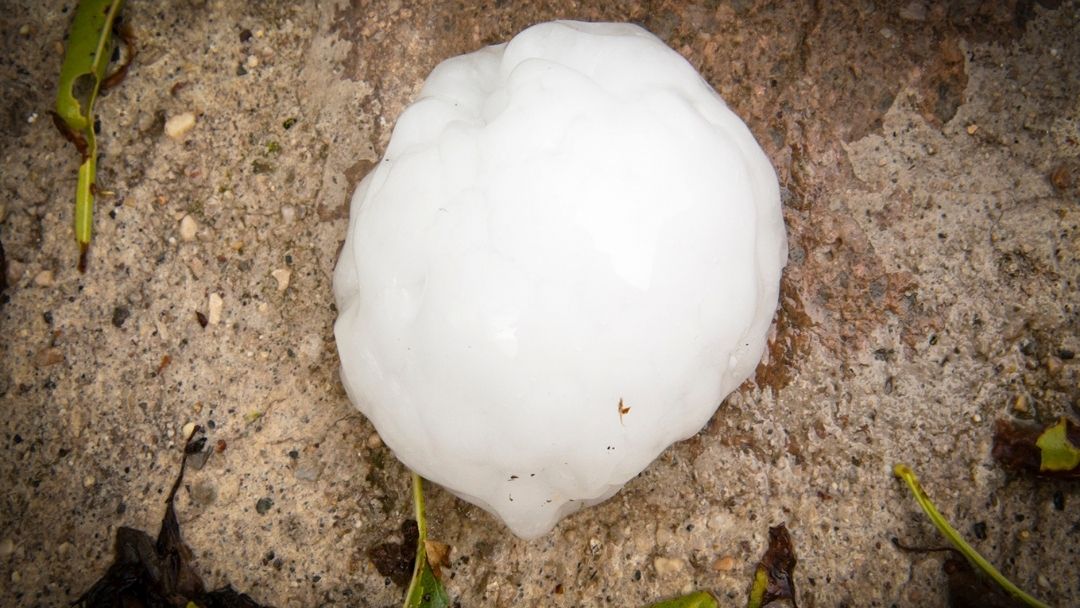 Similar to the one that hit in Cullman, large hailstones like this can cause severe damage to your home’s roof.

Rainstorms have affected Birmingham many times over the years. In the last decade, many major tornado incidents have happened here. In 2011, more than 50 people perished, and massive property destruction was reported in Birmingham and Tuscaloosa after those tornadoes came through. The history of severe weather in our area covers years of repetitive harsh winds and hail.

Preparing for the Worst

If the weather turns for the worst, Birmingham can experience tornadoes and hails storm with over 60 mph winds. Residents in Birmingham should be prepared for any eventuality, and it’s especially important to have flashlights, a means to charge your phone without power, and other disaster preparedness supplies in case severe weather strikes. Have a plan to deal with power outages in the wintertime, when it may be especially critical to your health and safety. You might even want to pack a 2-3 day bag of clothes and essentials and leave that in your car in case you are forced to stay in a hotel or with family until power is restored. Taking simple steps like that can prevent you from having to pack and find things in the dark, when you’re already stressed out enough as it is.

If there’s been hail or high winds in your area, it’s important to know that there may be hidden signs of damage to your roof and siding. We recommend that everyone have their roof inspected by a professional at least every 24 months no matter what. When storms pass through your area though, you definitely need to have a pro look at your roof. Shingles can be pitted from impact, and it’s often hard to even notice the damage. However, that small outer layer of the shingle is vital to keeping moisture from the next rainstorm from reaching the plywood decking of your roof.

A licensed roofing expert can identify that sort of damage early, which may prevent further damage to the structure of your home.

Just like any big city in America, Birmingham has a rich heritage rooted in historical architecture, social issues and, of course, the arts – particularly in music. The Lyric Theatre is one of those buildings in Birmingham that retains the city’s musical heritage....

There's a lot of things that one can do to help in the fight against the numerous types of cancer that have hurt so many people over the years and taken so many lives. But one of these ways to help out is to take part in events such as 5K runs that raise money for...

How Do I Replace My Roof If I have Solar Panels?

Having an environmentally friendly roof over your head is not only cost-effective but can also increase the value of your home. Your roof has and will always be a large part of maintaining your everyday life. When it comes time to replace your roof, it is not silly to...

There’s not long to go now until one of the best events of the summer to hit Birmingham, Alabama. Make a note in your calendar for August 10th, and be prepared to get out your best party gear and head over to the Birmingham Wine Fest 2019, which promises to be an...